This interesting article from The BBC News Magazine is about Cheryl Cole’s Geordie English. I think people who learn English as a second language, especial English-major students, will find it conspicuous. In addition to the original article and audio file from The BBC, I personally add a clip from YouTube in which she joins a radio interview. You will have a chance to listen to Cheryl’s English and you may yourself have the answer to the question as to why she has to train her English so that American audiences can understand her English.

Now let us think of our Vietnamese dialects and accents. 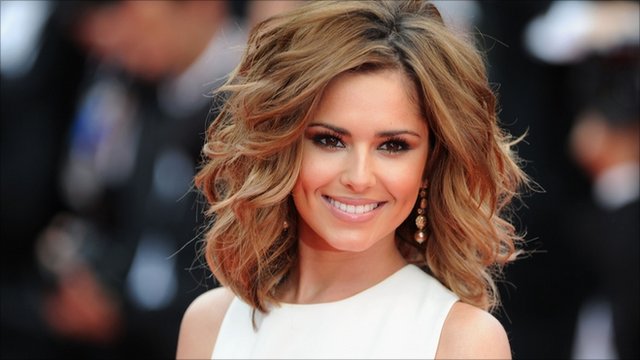 Cheryl Cole’s Newcastle accent may be an obstacle to her succeeding on US television, reports suggest. So do American audiences understand some UK regional accents better than others?

It has been suggested Cheryl Cole is taking speaking lessons ahead of her appearance on the US version of the X Factor, with a focus on vowel pronunciation and vocabulary.
The same accent that has made Tyneside a magnet for call centres may not translate perfectly across the Atlantic.

It is not one with which most US audiences have been regularly confronted since Eric Burdon’s heyday as lead singer of the Animals, and international rock stars who hail from the North East, like Sting and Bryan Ferry, have tended to have only mild accents.

It highlights the reality that patterns of speech used by millions of Britons, which would be readily recognised across the UK, are less well understood in the US.
Indeed, Sunday Mirror TV critic Kevin O’Sullivan, who served as a correspondent in Los Angeles for eight years, suggests that the issue is simply one of familiarity for most Americans.
“Their reaction to Cheryl is not to be confused with prejudice – it’s purely logistical,” he says. “If you think of how a really extreme Glaswegian accent sounds in London, that’s what Cheryl Cole sounds like to an American.
“Americans have two British accents that they recognise – standard-issue received pronunciation and Cockney, as long as the latter isn’t too pronounced. No-one over there can understand strong northern accents.”
Indeed, Ms Cole is not the first North East celebrity to encounter such difficulties.
During Ant and Dec’s short-lived stint as presenters of US game show Wanna Bet, which was filmed in LA during 2007, producers drafted in an interpreter to press a button every time the pair said something that he feared would baffle audiences.
By contrast, after winning an Oscar for his role in the King’s Speech, Colin Firth’s acceptance speech – delivered in textbook RP of which George VI himself would have been proud – was heard loud and clear by the crowd.

This is because US audiences tend to identify the British accent with notions of social standing and refinement rather than geographical location, according to London-based film critic Ray Bennett of the Hollywood Reporter magazine, who spent 30 years living in North America.

“I’m from Kent, and people would ask me if I knew the Beatles,” he says. “They think a British accent is like that of Alistair Cooke. They aren’t particularly conscious of regional differences.

“To them, an English accent is, basically, one that connotes class.”
Nonetheless, a clutch of presenters with audible roots in the UK’s nations and regions have managed to make themselves understood by US viewers.
Cat Deeley hosted the American reality show So You Think You Can Dance despite a vocal register shaped in Sutton Coldfield, and Bolton’s Vernon Kay fronted ABC’s Skating With The Stars.
Listen to Cheryl’s radio interview. How much do you think you can understand her words?

Likewise, the Scottish comedian Craig Ferguson – with an accent shaped in Glasgow – has attracted millions of viewers hosting CBS’s The Late Late Show since 2004.

For these reasons, Marina Tyndall, a voice coach specialising in accent and dialect, rejects the notion that some vocal styles are intrinsically clearer to American listeners than others.
She believes Cole should stick to her guns and resist all efforts to remake her accent as though she were some sort of North East Eliza Doolittle.
“Standing firm here is both principled and savvy,” Tyndall says.
“Her accent is a big part of her identity and public appeal, and it’s hard to imagine how a Pygmalionised Cole would go down with her existing fan base.”
Cole, she says, could quite easily accommodate her accent to unfamiliar Stateside ears without abandoning it. Techniques she suggests include “chunking” words into shorter phrases with brief pauses, allowing listeners time to catch up – and using facial expressions and pitch changes to signpost key words.
And if all else fails, perhaps sheer novelty might win the audience over.